There are a lot of people who have chosen a specific quote that expresses something important to them, something that they want to say to all the people with whom they share e-mail. I’m always interested to read these brief messages that conclude their e-mails to see if I think they fit the person behind the quote. Last week one of my Sisters of St. Joseph treated me to a quote of Thomas Merton that was characteristic of him but one I had never heard before. I might have claimed it for myself if I were called to choose it from the many great lines that run through my brain on any given day. I don’t know if I could ever settle on one choice to the exclusion of all others but this one is certainly a contender.

Do you have a favorite? This one came from Sister Linda Neil, CSJ, and I could say I value its message more and more each day. Thanks to Lin!

St. Hilarion, whose feast is celebrated today, was a monastic who struggled to find a place where he could be alone with God in the desert. His difficulty was his popularity; he was known as a source of spiritual wisdom and peace for seekers of holiness. Hilarion is known as the founder of monasticism in Palestine. A brief reflection at the end of his biography on Franciscan media’s “Saint of the Day” page gives us a good thought to ponder for today, I think. See if you agree.

We can learn the value of solitude from St. Hilarion. Unlike loneliness, solitude is a positive condition in which we are alone with God. In today’s busy and noisy world, we could all use a little solitude.

Often these days I have conversations with others about the necessity of living in the present moment and doing our best to carve out some silence on a regular basis. This is not a new concept. I think of my first years in the convent when we spent the major part of every day in silence and wonder about how different life would be for me today if the Second Vatican Council had not achieved an aggiornamento (updating) that clarified the differences in monasticism and apostolic religious life. In addition to the understanding of the differences, however, there remains significant overlap in the various forms of such a call and the element of silence in each cannot be overstated.

Antony of Egypt, (ca. 251-356), celebrated today in the Christian Church and revered as a primary example of the eremitic life, spent his days in the desert from the age of 20 into an old age remarkable even today! I found a telling comment in David Keller’s book, Oasis of Wisdom: the Worlds of the Desert Fathers and Mothers. In speaking about “Abba Antony”, Keller remarks: “Even in his need for extreme solitude, he influenced other monks through their visits or decisions to live near his two places of refuge.” The second half of that statement says something very key, I think, to the power of silence not only as an example to be followed but also as an agent of communal transformation. Sitting in silence alone is a deepening experience and sitting in silence with another or many others with intention has an increased capacity for raising the energy of loving consciousness.

Today, then, let us be mindful of – and grateful for – the efficacious work of those who spend their days in the silence of contemplation and let us make our own effort toward peace and harmony in our hearts for the good of the world. 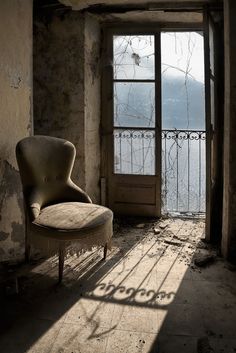 In Rilke’s Book of Hours: Love Poems to God I found this morning the following lines of what a future relationship with God might look like from his perspective at the turn of the 20th century. I was especially struck by the personal tone and vivid images that he used as he encouraged God about God’s strength in the world – perhaps still in the future today or ready for manifestation now through us.

You too [God] will find your strength. We who live in this time cannot imagine how strong you will become – how strange, how surprising, yet familiar as yesterday. We will sense you like a fragrance from a nearby garden and watch you move through our days like a shaft of sunlight in a sickroom. We will not be herded into churches, for you are not made by the crowd, you who meet us in our solitude. We are cradled close in your hands – and lavishly flung forth. (II, 26)