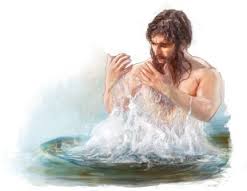 Today’s first reading (2 KGS 5:1-15) could be staged as a somewhat comedic morality play. It’s the story of Naaman, the army commander of the king of Aram who has leprosy. The events go like this. A little girl captured from Israel, the servant of Naaman’s wife, tells her mistress that the prophet Elisha in Israel could cure Naaman. The wife speaks to the king who says to Naaman, “Go to the King of Israel.” The King of Israel is incensed by Naaman’s request (thinking that Naaman is asking him for a cure which is obviously not in his skill set) and says, “Is the king of Aram trying to provoke me?!” Elisha overhears this event and goes to Naaman telling him to wash seven times in the River Jordan. Now Naaman gets angry like the king, looking for something more spectacular for the cure and saying they have better rivers where he lives if that’s all it takes. His servant asks the core question of the story when he says, “If the prophet had asked you to do something extraordinary, would you not have done it?” Naaman recognizes the truth in the question and humbly goes to the Jordan where he is healed. Happily, he acknowledges the cure and the power of the God of Israel.

I like this story and say to myself, “Let’s hear it for the servants!” The servant girl to Naaman’s wife is moved by compassion and trust in the power of her God to heal through the prophet Elisha. The servant of Naaman is willing to “speak truth to power” as a reality check for Naaman and his behavior. I see the moral of the story that can be a lesson for us as two-fold. 1) Keep humility close in order to avoid bursts of hubris in any situation where you feel challenged. 2) Be awake to the ordinary miracles in your everyday life. Sometimes solutions are simpler than they appear.