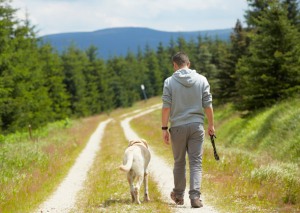 When I stumbled into the kitchen this morning for my coffee, everyone was there and all three were wide awake. Someone commented that “the early bird catches the worm” to which another replied, “Ah, yes, but the later one gets the filet mignon!” (Cheery repartee for 6:30AM!)

Back in my room, I felt as if St. Paul would have fit quite well in our kitchen today with his usual high energy. As often in the Acts of the Apostles, Paul was vigorously preaching to anyone who would listen – today in Antioch with a history lesson of the Hebrew people – from Egypt, through judges and kings, all the way to John the Baptist and Jesus. With each lectionary cycle I grow in admiration for Paul whose gifts and willingness certainly rank among the most influential for the spread of Christianity.

Then I need to remind myself that each of us has our piece to add to the good of the whole. At a recent reflection day, I asked the participants to name one of their personal gifts or talents. It took a bit of coaxing for a few but I was gratified that we seem to be owning our unique ways of shining in the world better these days than when some of us were taught that self-deprecation was a synonym for humility.

Alan Cohen has a nice reminder about this point today in his book, A Deep Breath of Life. On a page entitled “A Bit of Myself” he writes the following:

Everything we do has our flavor in it. To do anything without your essence would be as impossible as the sun shining without heat. Your essence is the unique dimension you add to any act you express, from walking your dog to building a skyscraper. It is the special energy that you came to deliver to the world. Just as no two fingerprints are alike, every individual has a uniquely beautiful contribution to offer.

Why not stop – right now – and dig deep for that special essence, then find a mirror and speak it aloud for all the world to hear!

This morning as I checked to be sure I was reading the correct lectionary selections for this date I noticed the heading: Wednesday of the First Week in Ordinary Time. Not really meaning ordinary in the “ordinary” way, I know that I should be thinking of it as ordinal/counting time. It struck me as the former, however, as it seems that way. Holidays are over, routines have returned and, whether or not we are happy about it, life goes on as it always does. We may have done a year-end inventory – financial or spiritual. We may be grieving large or small losses or celebrating gains as individuals, but on a macro level, the world is still turning.

Jesus is busy in the beginning of Mark’s gospel. (Mark’s writing always reminds me of the saying, “Just the facts, Ma’am” as there is little embellishment in this shortest gospel.) Today in just eleven verses of chapter one (29-39), Jesus finishes his worship in the synagogue, heals Simon’s mother-in-law, has a meal – served by the former invalid, cures “many” including those possessed by demons, spends some time before dawn the next day in the desert praying and then leaves to preach and heal in the nearby villages. That’s quite an agenda!

Some of us are lucky enough to have variety in our work but, seen in another way, sometimes a routine job is more comforting. At least in that way we know what the day will look like. Here’s a nod to the Christmas story that we’ve just left, however. Our God is a God of surprises. If the long-awaited Messiah could be born as a baby of what were reputed to be poor, insignificant parents in the eyes of the world, we ought to be looking deeper than our “ordinary” circumstances for the extraordinary work of God. Life does, in fact, go on and it is ours to stay awake to the little miracles inherent in the everyday.

Yesterday I was speaking about the Acts of the Apostles, the book of the Christian Scriptures that follows the four gospels, taking up the life and times of “the Way” – the early days of Christianity after Christ. I said there are great stories in that book, mostly stories of heroism and conversion and the development of community by those who carried on the mission of Jesus. Some of the accounts speak of people who had been in contact with Jesus himself and some were affected by the lives and witness of those first followers. It was a time of growth like ripples in a pond, reaching out to more and more people who “heard the word of God and kept it.”

Today, however, we have one of the most familiar and miraculous stories of conversion in the early Christian community (Acts 9:1-20). Everything in Paul’s story defies common sense. He is a persecutor of Christians on the hunt for anyone who declares belief in Christ. Suddenly, on his way to Damascus, he is struck down and blinded by a light so bright that he has to be led along by the men traveling with him who heard a voice speaking but saw nothing. At the same time Ananias, a disciple in Damascus, was getting instructions from the Lord about what was happening to Saul/Paul (God changes names sometimes when calling us to new life). The rest of the story sees Paul becoming “the apostle to the Gentiles” who travels the known world preaching and writing to the burgeoning communities of Christians, encouraging them to live in the love and fidelity that Christ still calls for in our time.

Paul’s story always makes me reflect on the different ways in which people come to faith. I was born into a Roman Catholic family and nurtured in the faith at Catholic schools and then a religious order of Sisters of St. Joseph, so my path was set from the start. Happily, I came to adulthood in a time of renewal in Christianity, after the Second Vatican Council, that “opening of the windows” to let in the Spirit of God, led by “Good Pope John” (now Saint John XXIII). Thus, slowly but surely I learned that the similarities in all denominations of Christians far out-weighed the differences. Experience and study have finally brought me to the conclusion that the Shema proclaims in the book of Deuteronomy (DEUT 6:4-9) that is the centerpiece of morning and evening Jewish prayer services: Hear, O Israel, the Lord our God, the Lord is one. The freedom in adhering to a faith tradition for me gives me a framework for living but also comes from a recognition that regardless of how we name the motivating force for our life, we are in essence all one – brothers and sisters on this planet who are connected and responsible for the good of all.

That last statement is a big leap from the days when my forbears were thinking that the Catholics were the only ones going to heaven. The amazing thing is that my Methodist friend across the street for whom I worried every day was told that I was the unfortunate one because she would find only Methodists when she got to heaven! I am much happier to know that all of us are linked and that conversion ought to be a waking up to whatever causes us to be more universal in our loving, more tolerant of difference and more determined to make the earth a home for all creation that brings peace to all beings.