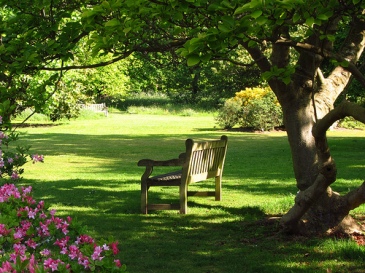 No matter what’s happening, when I wake up on Sunday morning I always feel different from other days. The Scriptures for today remind me of the reason that is true for me. The first reading (for Year B) recounts the Ten Commandments, the fourth being described as follows: Remember to keep holy the Sabbath day. Six days you may labor and do all your work, but the seventh day is the Sabbath of the Lord, your God…no work may be done.

Sometimes these days it’s impossible for everyone in these United States to observe Sabbath in their traditional way. Just the fact that work schedules span the 7-day, 24-hour work week for certain employees makes that easy to see. Whether we have to carve out our own Sabbath time because of our life circumstances or are able to join with traditional services where we live, the observance of Sabbath is clearly an essential element of our well-being. A reminder in Psalm 95 today says it well.

So come, then, let us bow before this God of ours, and offer up our beings to the Lord. Listen deep within yourself to hear the voice of God who shepherds you and leads you forth to life. (vs. 6-7, Ancient Songs Sung Anew, p.241) 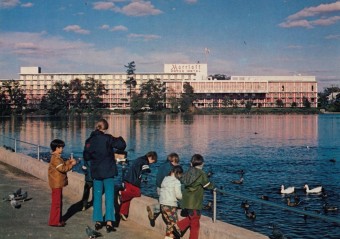 Sometimes lately I have to look at the events scribbled in my calendar to remind myself of the date and what day of the week it is! I guess I could say that’s because of my advancing age, but I think it has as much or more to do with the pace of life now. Today is Sunday – for Christians, the Sabbath Day, set aside for rest and reflection on the spiritual side of life. I’ve been known to hear in my head the dictum “No unnecessary servile work on Sunday!” if I set about doing laundry or some other household duty. I was always grateful for that precept of the laws of the Church that guided our family life in that simpler time that was my youth.

Sunday really was a quieter day then, a time to go to church, to visit, have Sunday dinner and then sometimes to squeeze all of us (5 kids and two fathers in the early days) into Uncle Charlie’s station wagon and go for ice cream after feeding the ducks at Norumbega. I didn’t know that the dual purpose of those trips with our fathers gave the mothers – sometimes home with a baby or two – a bit of a respite and some quiet too.

For most of us, times have changed radically as the pace of life picked up and three-shift jobs became the norm. It’s more difficult now to allow ourselves a day of the week that is set apart from the others. Perhaps a more novel idea would be to train our hearts to a mindset of every day being a Sabbath – a sacred day of reflection. It wouldn’t need to mean staying home from work or ignoring necessary tasks at home. Maybe setting our inner clock to an hourly “stop!” to remember and give thanks to God would be enough to make each day as holy as the last and as anticipated as the next while staying ever present in the now. 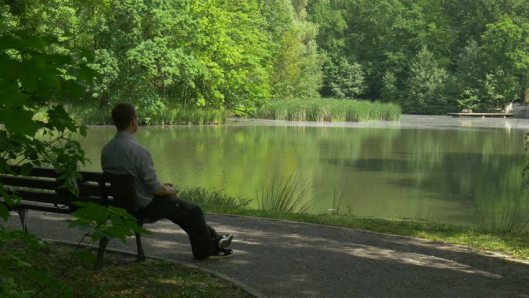 This morning I am thinking of the notion of “Sabbath” and how the busyness of our lives has squeezed the practice that originated in the book of Genesis (God resting on “the seventh day” from all the work of creation) into a religious service that may last an hour at most. I speak of Catholic practice, which is what I know best, and am pushing aside any sense of commitment and feeling of the difference that accompanies this most important day of the week for many people, in order to shine a spotlight on how things “used to be.” I would wager that “no unnecessary servile work on Sunday” is a concept unknown to most Catholics under the age of 40 years.

My point is not to return to an understanding of the call to worship as a statute that, if broken, has dire consequences. It is simply a sadness that we seem, as a people, to have lost a sense of wonder and awe about creation and the Creator that – in and of itself – calls us to stop and give praise on a regular basis. Were we to understand the depth of what we have been given as possibility for conscious living, we would likely have little time for anything but praise! The paradox about that, however, would be our ability to do everything we are doing with more ease and success if we were acting consciously all the time. Let us, then, begin this morning with Psalm 145, as does the lectionary. The psalmist reminds us of the duty and privilege of praise so let us also raise our voices in like manner.

O sovereign God, all-powerful, your name I praise above all else. Each day that comes I add another note of song that I shall never cease to sing, for you, Almighty One, are great beyond my telling. Of you there is no limit and no end. 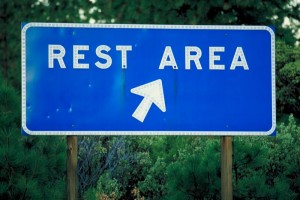 When I was a child, one of the laws of the Catholic Church was: “No unnecessary servile work on Sunday.” That meant that the laundry, ironing and cleaning house had to be done on Saturday in order that we might turn our minds to thoughts of God and church attendance on Sunday. We never forgot the adjective unnecessary, however, because it was clear that sometimes emergencies arose and something needful superseded the law. When I entered the convent, silence was the highest law of the night. We didn’t talk much anyway, but at 9:00 PM strict silence began and at 10:00 it became “Grand Silence.” The only cause for breaking the silence after that was a dire need of someone for help – serious illness or accident in the night. Even then, as novices, it took courage to break the silence, so well was “the law” drilled into us and so fervently did we wish to be obedient to God.

This morning’s gospel tells of Jesus having dinner at the house of a leading Pharisee (often a “teachable moment” for the others in attendance). It couldn’t have been a comfortable meal for him because, as Luke says (LK 14:1-6), “the people there were observing him carefully.” It was the Sabbath and the Mosaic Law was clear about Sabbath practice. There was a man there who suffered from “dropsy”  (edema, probably from heart disease) and Jesus, knowing the crowd was just waiting for a chance to catch him breaking the law, gave them an opportunity to accuse him before he did anything. He asked them (in some translations the lawyers among them), “Is it lawful to cure on the Sabbath or not?” When no one spoke up he healed the man and dismissed him. Knowing that the story of his actions would probably reach the whole town by morning, he asked them a further question. “Who among you,” he said, “if your son or ox falls into a cistern, would not immediately pull him out on the Sabbath day?” The gospel says that “they were unable to answer his question.”

There are lots of applications of this gospel. The point is, of course, that the law of God, which in its most basic form is all about love, is the highest law and everything else is subordinate to that. Extreme behavior in either direction of total disregard or rigid following does not work for those who live in “God’s house.” We see in our country today both extremes when it comes to Sabbath practice. The question for me today is about how I remember God – not only one day a week, to be sure. It is good, however, to set aside one day of the week (not necessarily the traditional Sabbath, especially if we work for our livelihood on that day) or to create another way to focus our attention on God and the things of God, to reflect on our relationship and give thanks for the blessings and the challenges of our lives that bring God clearly into focus for us. How do you spend your Sabbath? How do I? 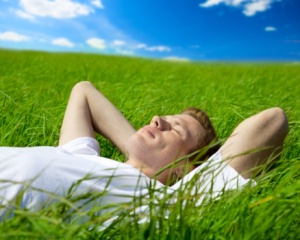 When I was in Israel last month it was impossible to be confused about which day was the Sabbath for the Jewish people. Shops were closed, the buses didn’t run (even for the tourists) and all “worldly activities” stopped in mid-afternoon on Friday so that people would have ample time to welcome  their day of rest at sundown. We were on our own until Saturday at sundown – and it became a good time to walk and reflect and perhaps attend Shabbat services. And if we were paying attention during our stay, we would often hear the Muslim call to prayer – a blast that went out all over the city to remind people to “hasten to prayer.” Five times a day (dawn, midday, mid-afternoon, sunset and nightfall – about two hours after sunset) the call goes out and people turn to remember God and right action.

Today’s lectionary reading from the Hebrew Scriptures (EX 20:1-17) lists the Ten Commandments given to Moses. The first three, which speak of our relationship to God, are more detailed than the rest where we find ways of relating to one another in the world. As I read the third, I was reminded of my youth when it seemed there was more congruence of American culture and consciousness of God.

Remember to keep holy the Sabbath day. Six days you may labor and do all your work, but the seventh day is the Sabbath of the Lord,  your God. No work may be done by you, or your son or daughter, or your male or female slave, or your beast, or by the alien who lives with you…

I can already hear the objections (which I myself have often raised): that people have to work and now stores and other places of business are open 24/7 so it’s impossible to designate a day…We are a true melting pot (or a stew) in this country now so a common Sabbath isn’t feasible…Sunday is the only day I can get the laundry and food shopping done…and it’s all true. The question is a challenge to the creativity of each of us. In the face of all the obstacles, how might I reconfigure a remembrance of God that is more than a one-hour, once-a-week exercise? It might be a daily ritual – or several times a day. It might be a weekly fast day, or a day of compassion each week, or, after practices have become ingrained enough, it may be that we are always celebrating Sabbath because we are always, day and night, turning inward and resting in the presence of God.