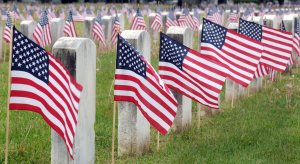 Last night on the NBC Evening News there was a clip about an organization and month-long event called Carry the Load. It was initiated by a retired Navy Seal whose purpose is to remember those who have served our country in the military or as first responders in emergencies. This year over 15,000 people participated in some way in a trek that covered 2,000 miles over 27 days. When asked “Who are you carrying?” (rather than “Why are you doing this?”) each of these diverse people told of a family member or group of which they were a part during a conflict somewhere in the world. Most jarring for me was the young man who said he was carrying his grandfather who had served in Vietnam. It reminded me that my contemporaries have over 40 years of memory of that dark time in our history. For some who survived, the load is still heavy. For those whose loved ones never came home, it is the same.

Many of us will have picnics or other gatherings today which will rekindle the bonds of family or friendship. We will welcome the summer season (although in the midst of disastrous weather in some parts of the country) and hope for some “slower” time in the next few months. We will see American flags and feel the gratitude that comes from living in a land of freedom. I will think of my father who served in North Africa and Sicily during World War II and told only stories of camaraderie – never of the war itself and who was proud to have served his country. It is my privilege to carry him (not a heavy load) and many others, remembering the stated purpose of this day and praying for a time when peace will be achieved everywhere in the world.

Who are you carrying today?