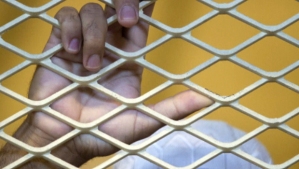 As I read the gospel this morning (JN 11:45-56) I was taken by part of the dialog that the factions with the “power” were having about Jesus as his popularity grew. Here is their logic:

What are we going to do? This man is performing many signs. If we leave him alone, all will believe in him. The Romans will come and take away our land and our nation…So from that day on they planned to kill him.

Clearly, they had totally misinterpreted Jesus and the power he had. He (and prophets before and after him – even to our own day) was not interested in land or earthy governance. They just weren’t listening to the message of love that he was so intent on preaching and the humility with which he gave all the credit/power of it to God, not to himself. It is clear that those who work toward the unity that Jesus longed for people to understand were/are often vilified by those who seek power by the method of “divide and conquer.” That kind of power over is never really successful but it takes deep listening to reveal the fallacy in its rhetoric. We can be easily swayed by magnetic personalities or flattering words. Flashy “media moments” and commercials easily grab us when we’re not paying attention. It all comes down to consciousness.

Today I plan to listen deeply to all the messages that come my way, hoping to catch sincerity and meaning as well as “false advertising” – looking for the love that fuels the truth and following wherever it takes me.