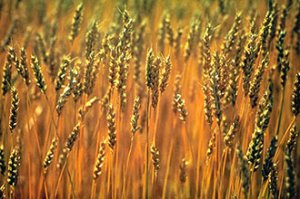 Today Jesus speaks about law and common sense. It’s the gospel about being hungry on the Sabbath and walking through a field of grain. (MT 12:1-8) As the disciples begin to pick the heads and eat the grain, the Pharisees start complaining that the law says it’s unlawful behavior on the Sabbath. It strikes me as interesting that there are Pharisees in this band of followers. Either they are being drawn to Jesus (and still unable, it seems, to let go of the rigidity of the law) or they are spies, planted to gather evidence against Jesus as a blasphemer. Whatever the reason, it gives Jesus an opportunity to teach a lesson. He quotes the Scriptures about David and his companions going into the temple on the Sabbath and eating the bread of offering as evidence that God’s law supersedes human law and that sometimes conditions call for different behaviors; we should not be slaves to disciplines that have been given for our good but sometimes grow into practices that need to be put aside for good reason. His charge to the Pharisees is to learn the deep meaning of the axiom, “I desire mercy, not sacrifice.” Jesus is not suggesting disregard for the law but, when necessary, response to a higher law. The example of the Good Samaritan comes to mind. If everyone followed the law of separation in that case, the Samaritan would have died at the side of the road.

It’s easy for us to say, “Well, of course the priest – or anyone who passed by on the other side of the road – should have helped the man.” I think, however, that we might consider laws in our own lives that some of us would never think of disobeying in our quest for perfection. It’s difficult, if you have been raised in a religious household learning all the tenets of your faith, to allow exception in cases where love must overcome obedience – where mercy is called for. In his book, A Church of Mercy, Pope Francis says the following:

God always thinks with mercy: do not forget this. God always thinks mercifully…God thinks like the Samaritan who did not pass by the unfortunate man, pitying him and looking at him from the other side of the road, but helped him without asking anything in return – without asking if he was a Jew, a pagan or a Samaritan, whether he was rich or poor: he asked for nothing. He went to help him; God is like this. (p. 73)

Today I will try to notice where I experience unwillingness to bend inside myself and what would be the cost of letting it go if love is calling me beyond myself.