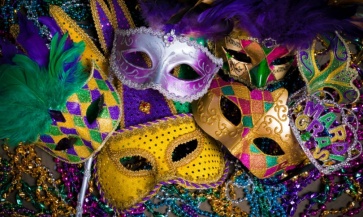 It seems too soon to say that we are on the verge of springtime. Did you know that is the meaning of the word Lent? It sounds funny to some of us living in the Northeast who know the possibility of still more snowstorms before the season really comes. Moreover, I doubt there are many of us who were taught associations with that word that rivaled the beauty of the season of spring. We face into Lent with visions of penance, deprivation and sacrifice. (How many of us have never given up chocolate for Lent?) There’s nothing wrong with any practice we might take on in Lent as long as the goal is spiritual growth without grumbling. I’m one of those whose Lenten practice has taken on a more positive spin in my adulthood. Rather than giving up something that tastes good, I try to do something that takes me out of my way for someone else’s good. And I try to smile while doing it, even if it isn’t my favorite thing to do.

I smiled as I read the first line of today’s gospel because it sounded like Peter was pouting about the cost of following Jesus and wanted Jesus to be aware of what was being asked (as if He didn’t know!). Peter says, “We have given up everything and followed you!” (MK 10:28) I can almost hear Jesus sighing as he explains (probably not for the first time) the concept of the “hundredfold” that is promised to the faithful. Peter did eventually get the message that it’s not about the reward but about the generosity of our becoming in love that is the goal of our striving. That seems a good thing to remember as we approach the journey to Easter, placing our willingness at the feet of the Christ.

So today, on this vigil called Mardi gras (fat Tuesday), eat all the chocolate – or whatever – you want and drink – but not really to excess – and be merry in a way that leads you to a different kind of merriment for the next 40 days of growing in love. And then, in the end, keep on with the good habits you have achieved because that’s what it’s really about anyway.