With all the ghosts and goblins back in their hiding places and many candies and other treats already consumed, Christians turn today to the annual celebration of All Saints. When I was young I thought of today as sort of a “consolation prize” for all the people whose names were not listed as official (i.e. “canonized”) saints. I was happy enough to know that St. Ann(e) was the grandmother of Jesus, given to make me a legitimate baptized Christian as my middle name back when I was born. Some people wanted to attribute the sainthood of Lois to St. Louis IX, king of France, but I wasn’t really interested in that, although in a pinch it was rather prestigious.

Today I prefer the perspective of St. Paul who addressed all those who listened to his preaching as saints. Perhaps he was clear on the fact that no one still alive ought to add the title “Saint” as a prefix to their first name, but preferred to assume that we were all working toward that designation and that the possibility still existed until we had taken our last breath.

I was musing on that fact, happy that the seed of a blog post was already in me as I came awake this morning. Just at the same moment for no reason I can imagine, the name Tenley Albright came to mind. That was one of those names that seems as if it were made up by parents who wanted something unique for their child but perhaps it was a family last name that was unfairly thrust upon an innocent baby. Tenley Albright was famous when I was a child, especially known to me because she was born in Newton, Massachusetts as I was. Tragedy was turned into gift for Tenley when she was given skating as physical therapy after being struck with polio at age eleven. She became one of the most decorated skaters in American history and went on to become a surgeon and faculty member at Harvard Medical School.

Certainly Tenley Albright would be in the running for the honor of sainthood, but I’m with St. Paul and my vote is with all those skaters who get up every morning and do their best no matter how many times they fall in practice. That would include all the parents who drive their sons and daughters to practices and events and all the teachers who have those students in their classrooms and all the checkout clerks in the grocery stores who stand on their feet all day facilitating the distribution of the food that farmers (also saints) grow for us, and so on and on and on…to all people of good heart and good cheer who are making their way to eternity and on whom God smiles for their efforts. 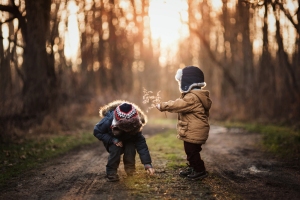 Today, the feast of All Saints in Western Christianity, always seemed to me in my younger days as sort of a “catch-all” for those of us who were not named after a canonized saint: a holy person (often a martyr for the faith) proclaimed as such by a Church celebration and venerated on their own special day. It was a relief to me that my middle name was Ann so that I lived under the protection of the Blessed Mother’s mother. Actually I found it pretty cool to have the grandmother of Jesus as my patron saint! Otherwise I would have had to settle for St. Louis – not the city but a King of France. Later I also found Lois in the Scriptures at the beginning of the second letter to Timothy: I find myself thinking of your sincere faith – faith which first belonged to your grandmother Lois and to your mother Eunice, and which I am confident that you also have. (2 TM 1:4-5) That convinced me that I was covered on both counts – first and middle names – and that it was lucky to have two extra grandmothers to watch over me.

This morning I was thinking about what makes a person worthy of the title “saint” and for some reason (before I was even thinking about Timothy’s grandmother) the word that came to me was sincere. Knowing that St. Paul called all those who received his letters “saints” made me conclude – as the Church has – that martyrdom isn’t the only way to be considered as a saint. Maybe we can only be called “saints in the making” but I think sincerity is a good place to start defining. Sincere, Merriam Webster says, means wholehearted, heartfelt, unfeigned, genuine in feeling, absent of hypocrisy, embellishment or exaggeration, earnest devotedness…

As I go through this day I expect to encounter a number of people who are on their way to sainthood. I will try to pay attention to the ways they act out that potential and maybe have a fuller definition by nightfall. Won’t you join me in the search?

Today is one of the few days in the Roman Catholic Church that the liturgy of a Sunday is superseded by the celebration of a special feast on the liturgical calendar. Today’s feast of All Saints gives us pause, not only to think about those people throughout history who have been named by the Church as deserving of the title “saint” (those whom the Church has “canonized”) but also to reflect on what it means to be a saint. We often hear people speak of someone who has suffered many trials (e.g. those with many unruly children) as a saint. “That woman is a saint,” they say! In that case it seems that sainthood resides in the person’s ability to show grace under pressure or to endure what might make others lash out and turn to violence. We might hear also, “He’s a saint – in church every morning without fail, never without his rosary…” which tells us that religious practice and personal piety are the means to sainthood. And then there are those who speak out on issues of social justice, demanding that governments care for the less fortunate and those whose dignity is ignored. We have been slow to recognize this category of sainthood (although charity has always been part of the Christian path). Justice workers are sometimes unruly, even going so far as breaking the law in service to what they see as “a higher law” in imitation of Jesus. It was Pope Leo XIII in 1891 who began to articulate what has become the social teaching of the Catholic Church in his encyclical Rerum novarum which spoke of unfair labor practices. Do we see crusaders for justice as saints?

The dictionary has many definitions of sainthood – most of them somehow articulating the quality of holiness. Catholics look for miracles, especially healings and visions – and sometimes have clear evidence of how that has manifested in the lives of the canonized saints. A relatively new development is the growing consciousness of the “sainthood” of people who do not share our own religious beliefs and traditions. Who would argue against the sainthood of the Dalai Lama, for instance, especially if we have been privileged to be in his presence? Saint Paul is responsible for the fact that the title of saint appears in the Scriptures; he addresses everyone to whom he writes as saints! So what does that mean?

We may not all look like saints or fit any standard definition of what sainthood means, but maybe – with the virtue of hope in our pocket – we can continue on the way to God, doing our best to love as Jesus did, and as those people whose example we choose to follow have done, trusting that it is God’s measure we can achieve, becoming one in the great Communion of Saints that knows no human reckoning.