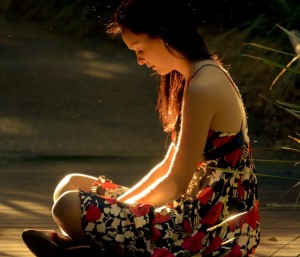 Sometimes Jesus seems to exaggerate to make a point. This morning we have a familiar example that seems to stretch that tendency beyond any other. Why do you notice the splinter in your brother’s eye, he says, but do not perceive the wooden beam in your own? (LK 6:39-42) Even the least schooled person could not miss the impossibility of that scenario but the truth underneath the words is frequently ignored. I may see, with what I think is totally accurate clarity, the truth of my own argument and then, in a discussion with a colleague, hear a totally opposite position that is just as clearly presented and stridently held. We have only to look to American politics as we gear up for a presidential election to see good examples of this situation. Often we are so convinced of our own ideas that we jump into a conversation before the person speaking has finished a thought. We haven’t the time or willingness to consider the value of another person’s argument. Neither are we willing to let go of our own need to be right.

I just spent three days at a meeting in California listening intently to the conversations of eight women from around the world. We needed to speak a bit more slowly as everything was being translated simultaneously into Spanish; this was very helpful actually. We needed to listen carefully to all gathered and measure our words before speaking as we had committed ourselves to contemplative listening. Allowing space to let the words and their intention enter our minds and hearts was a freeing experience and one that produced more fruit than could have been achieved in a much longer time frame. There was a fair amount of letting go in that room but it wasn’t difficult because of our desire to move toward unity and the common good.

Today seems a good day to look in the mirror – first for splinters in our eyes and then perhaps for the bigger things that cloud our vision. That willingness could be a beginning practice that might just change the world.