Sometimes it seems sensible to take what is given of advice, even when you haven’t asked for it. I had just begun the process of seeking some wisdom for the day when the following quote from Corrie Ten Boom appeared unannounced on my telephone screen. It reminds me that we ought to stay awake at all times and alert to messages that might seem strange or whimsical but which might provide just what we need. This will be my guide for today.

When a train goes through a tunnel and it gets dark, you don’t throw away the ticket and jump off. You sit still and trust the engineer.

It’s interesting to me that on this feast of the Sacred Heart of Jesus, the readings lead us to the relationship between a shepherd and his/her sheep. It makes sense, however, if we consider the care that a dedicated shepherd shows to the sheep. What might that mean?

It’s easy to see why the image of “the Good Shepherd” is fitting for this feast of the Sacred Heart of Jesus, the symbol of unconditional love. If we, then, are the sheep of that Good Shepherd, how blessed are we to be so cared for!

alert, attentive, conduit, new paths, nothing happens by chance, serendipitous, St. Anthony, The Sophia Center for Spirituality, the Word, will of God

Today is the feast of St. Anthony of Padua. For many of us (“cradle Catholics” especially) St Anthony is the finder of lost items. When we can’t find our keys, our cell phones or even, and most especially, a treasured possession like a diamond engagement ring, the first piece of advice that is given is often: “Pray to St. Anthony.” There’s even a special prayer at such times. The version I learned was: “Something is lost and cannot be found. Dear St. Anthony, please look around.” Whether it is the prayer or the focus that it affords the searcher, there is usually a good outcome to the process!

In attributing that power to St. Anthony, we sometimes miss the amazingly gifted man that he was. There’s lots to read in his biographies and much to admire – even from a quick internet search. It can seem that much of his life was serendipitous as he responded to calls from others and from events that led him to new paths – e.g. preaching at a service when the scheduled preacher fell ill that convinced all listeners (himself included) that he was an inspired conduit of the word of God. Upon reflection, however, it is clear that Anthony was simply always alert to the will of God and attentive to the voice of God’s Spirit in the events of his life.

The adage, “Nothing happens by chance” comes to mind as a thought for the day and a reminder to be on the lookout for God speaking in any moment – even catching us by surprise!

This is my second try at saying anything worthwhile today that has not been said by wiser people. I was lamenting all the focus on consumerism that has blossomed into “Black Friday” beginning on Thanksgiving Day or before and continuing at least until the end of today (which is clearly not Friday any more) and then morphing into “Cyber Monday” when we can find the best deals on everything on the internet. It is rather depressing to me, a person who loves to give gifts, but who is keenly aware of the vast economic diversity in our country and elsewhere.

Today is the last day of the Church year and the gospel reading is sobering. Jesus is warning his listeners not to be spending their days in “carousing, drunkenness and the anxieties of daily life” such that “the day of the Lord will catch you by surprise.” (LK 21:34) Although he is speaking of the end times we might consider that tomorrow is the beginning of the season of Advent. The psalm refrain announces that by crying out Maranatha! (Come, Lord!) If we are caught up in the anxiety-producing frenzy of the “Christmas rush” we may miss the opportunity to focus ourselves in preparation for the “reason for the season.” You can see, perhaps, why I am stumbling in an effort to say something unique about all this. So I’ll leave it there, with just one question for us all:

How will I create in myself a state of alertness for the next 25 days that will find me calling out to Christ from a place of readiness for his arrival in my heart? 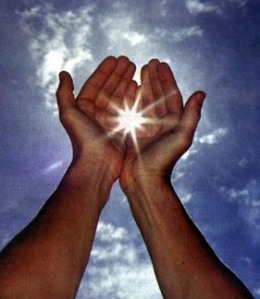 I was captivated this morning by a verse from the Psalm (19) which is one of my favorites because it speaks in the first half of the majesty of the universe. I rarely get past the part that begins, “The heavens proclaim the glory of God…” and sings of the grandeur through verse seven. I suppose (and will investigate later) that the second half of the psalm could be continuing the theme by looking at the stable patterns in the workings of the universe when it speaks of the laws and decrees of the Lord. Nevertheless, before I realized that it was psalm 19 I was reading (from verse 8 to 15) I was taken by the notion that The precepts of the Lord are right, rejoicing the heart. The command of the Lord is clear, enlightening the eye. I began to muse on a common response to the word “law” which often, it seems today, is effort toward “getting around” it or at least resisting internally what the law calls us to if we haven’t been part of creating it. Now some of this is more appropriate to a discussion on the everyday “rules” that govern our lives. On the whole though, I’m not sure most of us rejoice in coming up against a law that we need to follow if it entails work or discomfort for us.

When I read the gospel from Matthew 25 about the sheep and the goats it all began to coalesce. Living with the love of God at the center of our hearts we are enabled to see clearly and respond to the needs of those who cross our path. The impulse to reach out to those we see becomes automatic, such that if we were questioned about our acts of charity and justice, we would hardly think of them as such. Rather it would spring from our desire for God and God’s reign to be realized in the world. No hesitation – just doing from our being.

Today I will work (again) toward willingness, asking myself whose hunger I can satisfy today, what thirst I will notice in another, how I might welcome a stranger or companion someone who is ill. Might I even find a key to unlock the prison in which someone sits? Only if my heart is alert and my eye enlightened. May it be so.