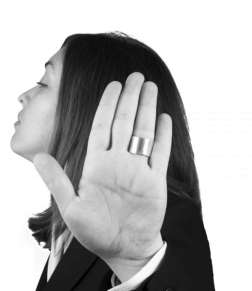 I just read a paragraph for this date in Alan Cohen’s book A Deep Breath of Life. It was altogether astounding to me considering the people he was talking about. But, of course, that was his point. If you’re feeling inept or less than creative today (or any day) you might want to have these words on a small paper folded in your wallet that you can pull out and read to give you confidence in yourself.

Many great people were rejected before they became celebrities. Einstein failed mathematics; Beethoven’s violin teacher called him hopeless as a composer; the sculptor Rodin failed three times to gain admission to art school; eighteen publishers turned down Richard Bach’s Jonathan Livingston Seagull before it became a sensation; Walt Disney was fired by a newspaper editor for lack of ideas; several record companies rejected the Beatles before they made their first album…Remember that your destiny is determined not by chance but by choice.

An even better practice would be to spend some time in reflection on your life in conversation with God, open to the good things that God is just waiting for you to recognize about yourself. Maybe it’s the way you smile at people or the little things you notice that others might ignore – things that would make someone’s day or give them confidence and a reason to go on. Maybe it’s your willingness to do the tasks that nobody else has signed up for. Perhaps it is the loving way you treat people who need a friend. Any of those characteristics – or others that you name – would look excellent on that small piece of paper. Go on…give yourself some credit and a reason to smile.

1 thought on “See For Yourself”