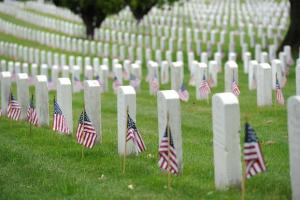 Last night I watched the Memorial Day Celebration from the grounds of the Capitol Building in Washington, D.C. I thought it was just going to be a patriotic concert in honor of the Veterans of War. It was that, but much more.  I found it difficult – as I hope everyone does – to watch the scenes of battle flashed on the big screens behind speakers that were paying tribute, but this year I was taken in by the stories of relationships forged in the shared experiences of real people who fought in those wars. Actors took on the characters of those who had written of their experiences, inviting hearers into the harsh realities that remained so vivid to this day. At the conclusion of each narrative, the actor(s) left the stage to embrace the real-life heroes of World War II, the Korean and Vietnam Wars who were present in the audience. There was a new emphasis as well on the women who have served our country from the early days to the present, stories of women who were not allowed to serve in combat so they found other ways by volunteering in various roles. Their stories spoke of valiant perseverance and love of country and were precursor to the experience of the first woman Silver Star recipient – in the audience with her parents- who had served and saved her comrades in the war in Afghanistan.

In addition to the proud and prayerful singing of God Bless America, there were many touching songs not usually heard in such a gathering, notably: He Ain’t Heavy; He’s My Brother, that culminated the story of life-long friendship of the two WW II prisoners of war. I thought then of my own father who never spoke of the battles but only of the comrades with whom he shared a depth of experience that can only truly be understood by those who were there. But the window that was opened by the the stories called for gratitude and compassion from those of us who have only experienced war by association.

Today, then, I pray for all veterans, especially those “Wounded Warriors” suffering from the physical or psychological effects of their service. May we all honor their service and pray for a day when war is eradicated from the world leaving peace to reign on earth.