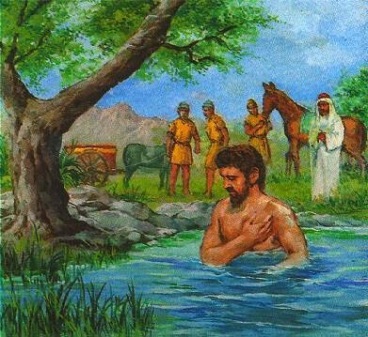 There’s a great lesson in today’s first reading (2 KGS 5:1-15) about Naaman, the Syrian army commander who was “highly esteemed and respected” by his master, the king of Aram. At issue was the fact that Naaman was a leper and that his wife’s Israeli slave girl suggested that he could be cured by Elisha, the prophet in Samaria. The king of Aram was all for the idea and sent Naaman with all sorts of expensive gifts to the king of Israel with a letter containing the request that Naaman be cured.

Two assumptions were made in the story that could have derailed the process.

Thank goodness for the servants and the prophet who talked sense to the angry ones and facilitated the cure, the lesson being a familiar one: “Never assume…or jump to conclusions because the solution might be simpler than you could ever imagine.