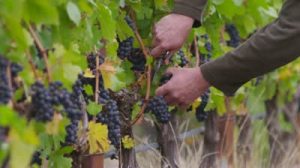 I’ve often heard the sentence, “All’s fair in love and war.” I can’t say that I ever thought about it much but this morning I wonder how that could be true in war. There are so many atrocities happening now in the world in places where “war” is being played out while not even declared as such. Is even “the rule of law” in conflict even fair? And what about love? People bandy that term around and often use it as a reason to take advantage or manipulate someone as if s/he were property. Real love, the example of which Jesus came to give us, is never like that. Real love is poured out in generosity spilling over the loved one in waves that never ebb. It’s manifested in all sorts of ways, mundane and heroic.

This morning Jesus is talking about generosity (MT 20:1-16) in a story that “hits us where it hurts” – in the pocketbook. It’s the parable about the workers in the vineyard who’ve been working all day and who, upon seeing those who only worked an hour because no one had hired them for the day, are expecting more than the agreed upon wage that they saw was paid to the latecomers. Imagine (or just read about) their reactions when they received just what they had agreed upon in the morning – the same amount that the latecomers had received. Jesus is trying to teach lessons about both justice and love here. He gave the early birds the fair wage that they had agreed upon and had there not been those others who showed up (were invited) at the last hour everyone would have gone home happy. The question that Jesus asks them as they grumbled is one we might ask when we are faced with what sometimes seems unfair:

Are you envious because I am generous?

I think we’re invited this morning to think about God’s preference for generosity over fairness in the way we treat others. Fairness is definitely better than stinginess but sometimes giving just a little bit more is good for the giver as well as the receiver. Going out of ourselves (not just with money, of course) can be a letting go of ego that opens our hearts and minds, changing our world just a little bit more each time.